Regice is a pure ice type legendary Pokèmon introduced in Generation 3 and is a part of the legendary Regi-trio. Regice cloaks itself in air that is -328 degrees Fahrenheit (-200 degrees Celsius), and anything near Regice will become frozen. It can even survive when submerged in molten lava or other extremely hot temperatures. Regice was created in an ice age and has slept in a glacier for thousands of years and it was sealed away in ancient ruins by people in the past.

Since Regice is a pure ice type Pokèmon, it is weak to Fire, Fighting, Rock and Steel type Moves. The best counters to Regice must have at least one of these types of moves!

Let’s go through some the the counters below:

With Reshiram being in raids recently, this is a fairly accessible Pokemon, with access to Fire fang and Overheat, it is the best non-mega counter to Regice.

Best all around Regice raid counter, takes reduced or neutral damage from most Regice attacks (Earthquake excluded), has enough bulk and with access to bullet punch and meteor mash (legacy), deals a lot of damage very quickly.

It was in raids right recently, making it super accessible for trainers to use, it has access to fire spin and flamethrower, it is bound to do a good chunk of damage to Regice.

The best Mega Pokemon to use against Regice, is Mega Charizard Y and Mega Charizard X, both having access to Fire Spin and Blast Burn (Legacy) make them the best counters to use. Mega Houndoom with Fire Fang and Flamethrower and Mega Aerodactyl with Rock Throw and Rock Slide are also great counters.

If you don’t have any of the counters listed, don’t worry! There are plenty of budget counters you can use to beat Regice!

-Machamp with Counter and Cross Chop

-Rhyperior with Smack Down and Rock Wrecker (Legacy)

And any other Pokèmon that use Fire, Fighting, Rock and Steel Type moves also serve as effective counters.

Looking for a place to join and host Pokemon GO remote raids?

Join us on Discord 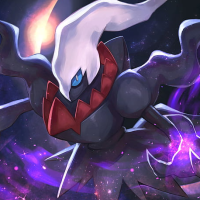